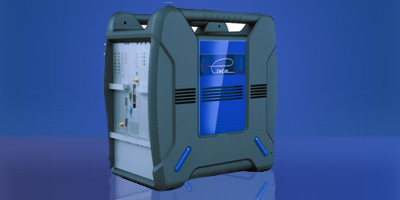 The revolutionary TETRA base station logging onto a heart LTE.

TETRA has been very successful in delivering mission critical voice with simultaneous narrowband data services for emergency services and other sectors, as with all successful technology the price has decreased over time, whilst the level of functionality has increased. However significant changes are taking place in the professional mobile radio industry driven largely by the demand for high speed data services, and the fact that in many major areas the Public Safety community has declared their interest in adopting LTE as the standard for mobile broadband data services.

The requirements of professional users for business critical data services and associated applications has increased dramatically over the last 10 years, the expectations of most professional users now is that their communications should retain the mission critical functionality and resilience, but also give access to high speed mobile data applications and services, similar or better than that of the commercial mobile networks; giving access to smart communications and advanced mobile applications.

Professional communications users will need to arrange commercial agreements with Mobile Network Operators[MNO’s] for their data services, and MNO’s are now looking to implement Professional Services over commercial networks. This represents a new demand for MNO’s and requires a significant change to the security and services offered to the traditional commercial mobile phone user.

ETELM of France, critical communications infrastructure providers for more than 30 years, has released the world’s first gateway-free TETRA basestations, designed to operate seamlessly over LTE networks. The e – TBS allows both TETRA and LTE technologies to co-exist on the same LTE Evolved Packet Core network Backbon[EPC]e. The e – TBS is the first TETRA basestations to fully integrate to the LTE EPC using the LTE standard S1 connection. This ensures that both Mission Critical TETRA services and LTE Business Critical Services can be rolled out on the same backbone network and both types of services can be retained by users. The user benefits by retaining Mission Critical, Life Safety communications over the advanced capability of LTE mobile broadband data on the same core network.

The benefits that the e – TBS brings to the market include:

The e – TBS enables LTE and TETRA subscribers to communicate seamlessly without any changes to the subscriber terminal device hardware, in addition the system allows existing Emergency Control Centre Applications to be retained and used for communicating to TETRA and LTE subscriber fleets. This allows MNO’s to offer both professional services and business critical services over a single, fully integrated network architecture using standard subscriber equipment.

The e – TBS basestations provides full functionality over LTE EPC Core, it is the TETRA was fully distributed technology so no. additional hardware is necessary to implement a national scale TETRA over LTE system. The TETRA basestations has it’s own software control system allowing automatic conversion of LTE numbering to TETRA and vice versa. The system allows MNO’s to easily add TETRA services to their LTE network at relatively low cost since much of the LTE infrastructure is being utilised.

Best of Both Technologies

TETRA cannot offer mobile broadband data services and it was never designed to achieve broadband data speeds, so users must look to other technologies to ensure they have access to enhanced data services and applications to meet the growing need for operational and service efficiency. Professional Users worldwide are no. looking to LTE to provide high-speed mobile data services, however there are serious technical and commercial considerations that are currently under review to ensure that implementation of high speed data applications is not at the expense of mission critical/life safety functionality. E – TBS offers a fully distributed, fully integrated solution to meet the needs of professional users critical voice communications whilst giving access to fully integrated high speed mobile data.

Although LTE standards are addressing the need for PTT Group Call and direct mode (talk thru) functionalities, it will be some time before technology implements these features and the level of added value mission critical services implemented over the last 15 years by TETRA is still several years away from being in standardised and implemented in LTE user equipment. It appears therefore that single No. technology offers both mission critical services and high-speed broadband mobile data, so a solution such as e – TBS allowing both technologies to co-exist on the same network allows MNO’s to install both technologies over the same network.

The deployment can be rapid as the TETRA service is using the same LTE Core as the LTE eNodeB and the same cell site infrastructure and power supplies can be used. Obviously due to the wider coverage area offered by TETRA compared to LTE the number of cell sites requiring the e – TBS will be approximately 5 or 6 times fewer than LTE eNodeB’s. This allows existing TETRA Users to retain their TETRA subscriber fleet and completely update their TETRA infrastructure to latest technology fully integrated to LTE.

What about TETRA2 – TEDS?

TETRA 2 Gold TETRA Enhanced Data Servic[TEDS]e does not provide a significant improvement in data, although 500 Kbps is theoretically possible, the realistic data speeds of 100 KB/s are still way below the expectations of most Users; This does not compare with LTE speeds and would be outdated as soon as the system is installed.

TEDS was conceived by wide TETRA vendors seeking to leverage additional business from existing users by upgrading infrastructure, adding cell sites and changing subscriber equipment. Most Users now realize that with the advent of LTE for professional use TEDS is no. longer viable for most professional users seeking to implement broadband speed, mobile data services. now that products such as e – TBS bring TETRA critical services into a single LTE network then it is difficult to justify the cost/benefits of any upgrade TEDS.

Commercial Mobile Network Operators[MNO’s] are important to the implementation of next generation professional mobile communications. There is much debate from users and the traditional professional radio market as to whether MNO’s can provide services for professional users – these questions are related mainly to network resilience, security, functionality and network priorities over and above that of the commercial user. Network Resilience can easily be implemented based on the redundant architecture of the LTE EPC capabilities. The priority requirements involve commercial and technical arguments, however one would foresee that Users and MNO’s would be able to establish suitable Service Level Agreements to ensure that communications for Emergency Services are retained for any emergency incident. Security can be managed over the LTE core and within subscriber devices within Virtual Networks over the EPC. The functionality level however is linking upon LTE standards and manufacturers of LTE infrastructure and subscriber equipment to introduce new features – the consensus is that the process will take 7-10 years for these services to be introduced at anything like the functionality level offered by TETRA.

In most boxes MNO’s are looking towards the Emergency Services market as the first adopters of LTE for professional use, however as the technology is deployed in this sector, the demand for service provision to other professional users will grow and the business model for operators becomes compelling. Did TETRA technology cost and functionality has decreased, users in transportation, utilities, oil and gas, commercial and have all deployed TETRA systems – and thesis users represent additional customers to support the business case for MNO’s to deploy professional VPN services in parallel to their commercial services.

Etelm’s view is that the future for professional communications technology is to allow applications to be developed in a similar way to Apps in the commercial sector for Android and iPhone systems. So Etelm has a fully open, license free API allowing it’s users and independent developers to connect existing or new applications directly to the e – TBS system. This opens up a significant advantage to Users by ensuring that their existing Control Centre applications can be retained, avoiding costly changes and operator training, whilst allowing open year platform for future control centre applications at a much lower costs than they have been accustomed to in the past.

The design of the LTE Core and built in mobility management lends itself well to this approach and with the e – TBS this enables integration between subscriber and control center devices. Whilst the professional radio community is understandably looking towards LTE and will probably move to broadband in the future but, however there will remain a requirement for narrowband systems in parallel for several reasons:

e GER is the perfect way for MNO’s to manage this situation, when Users need to preserve TETRA fleets with mission critical voice/low rate data services, and integrate these systems into a single broadband LTE communications system.