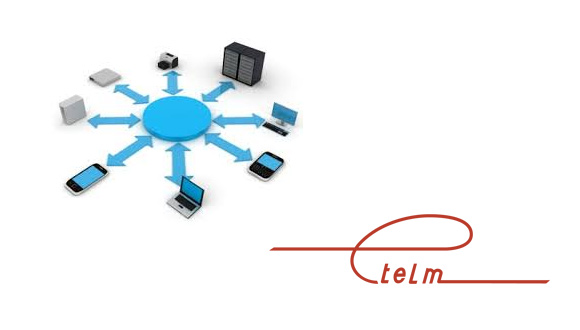 World’s first solution to offer a fully integrated system over LTE EPC to be showcased at Critical Communications World (19-21 May, Barcelona)

ETELM, a leading manufacturer of advanced communications systems, has launched a new fully integrated solution that utilises LTE’s EPC network to combine 4G-LTE, TETRA, Analogue and DMR technologies all over the same LTE core. The critical communications specialist, based in Paris, France, is the only provider that offers direct connections into the core and pre-empts that the introduction of the new solution could end the need for proprietary technology and solutions in mobile radio systems.

ETELM is offering a range of TETRA, DMR and Analogue base stations and the gateway-free LTE-S1 software engine as a Software Development Kit License (SDKL) to other mobile infrastructure vendors wishing to support technology integration and LTE interfaces into their own infrastructure products. The new system has already been implemented with Comm4Innov at Sophia Antipolis, Nice, merging TETRA and 4G with a large EPC core, provided by Ericsson. This network is extended to Paris over a standard VPN connection to manage selective communications groups by combining TETRA subscribers and Smartphones in Sophia and Paris.

“Mobile radio users with proprietary technology have been frustrated by dramatic cost increases or obsolescence issues, which previously could only be resolved by updating their networks involving significant costs and major risks,” said ETELM President Pierre Minot. “The ability to use a standard and single core network for any technology has significant commercial benefits as it reduces networking costs and avoids being locked into a single technology and vendor. It also allows mobile operators to add other professional radio communications technology to their existing LTE core networks, providing services for new enterprise solutions.”

TETRA, P25 and DMR each have their own interoperability standards between vendors, however this is the first solution to offer a full intersystem interface allowing base stations from different technologies and from multiple vendors to interoperate over a single transmission network. This solution allows groups of subscribers of different technologies to communicate over one standardised network.

Texas, United States, 28 June 2018 –  ETELM, a leading manufacturer of advanced Mission Critical communications radio infrastructure, has successfully connected its 4GLinked e-TBS base stations to many other vendors at the second Mission Critical Push-to-Talk (MCPTT) Plugtests. The e-TBS base station, which connects directly to an LTE EPC core via the S1 interface, allowed direct optimized communications between standard 4G LTE subscribers and TETRA subscribers. This Plugtest, the second of its kind, marked the first time that the interoperability of Mission Critical Data (MCDATA) products and services had been tested.
Lire la suite…